These were some of the many wishes expressed on giant screens by Disney cast and crew members and Make-A-Wish kids before Walt Disney Co. CEO Bob Chapek and Josh D’Amaro, chair of Disney Parks and Resorts, took the stage.

More than six years in the making

‘Disney Wish was more than six years in the making, purpose-built to inspire a sense of delight and wonder,’ Chapek said. He added that Disney and Make-A-Wish have granted wishes for more than 145,000 children with critical illnesses, thousands aboard Disney Cruise Line.

‘A labor of love’

D’Amaro called Disney Wish a ‘labor of love’ and said 22,000 people had worked on the ship. Adding a few bits of trivia, he noted 70,000 garments were created for cast and crew. And Rapunzel, the character on the ship’s stern, has nearly 60 feet of hair. 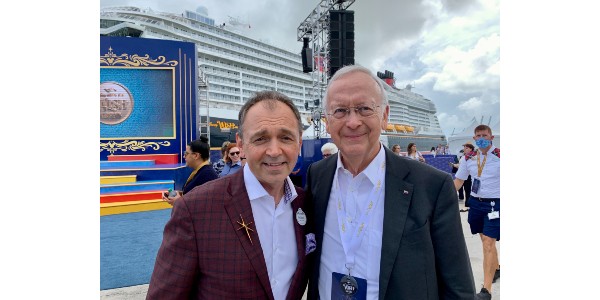 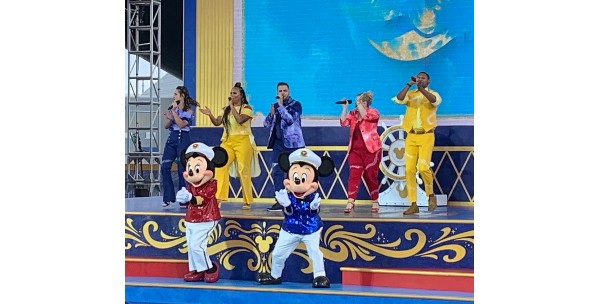 Capt. Minnie Mouse and Capt. Mickey Mouse arrived to a shooting star and Anika Noni Rose, who voiced Tiana in ‘The Princess and the Frog,’ sang ‘When You Wish Upon A Star.’ Disney characters swarmed the stage, along with Marvel and Star Wars characters.

That set the scene for three Disney Wish godchildren ambassadors to step forward and do the Disney Wish naming honors, as a giant bottle tilted on screen, triggering a burst of sparklers, smoke and flares.