US weighs changes to regulations on cruise line nonperformance and refunds 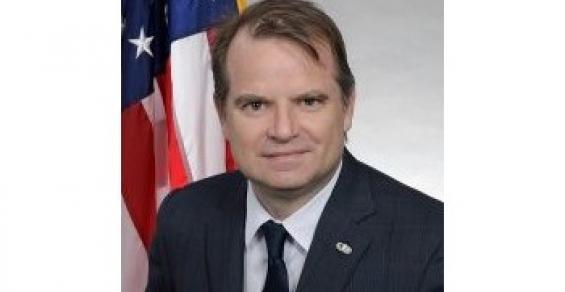 Sola proposed a rulemaking to amend regulations for passenger vessel operators (PVOs) as part of his Fact Finding 30 investigation of COVID-19 impacts on the cruise industry.

‘Our analysis revealed that, for the most part, consumers are satisfied with the responses they have received from the PVOs concerning the cruises canceled due to the [Centers for Disease Control and Prevention’s] no-sail order,‘ Sola remarked. ‘That said, we discovered some places where we, as a regulator, could improve our ability to protect the consumer.’

Sola suggested the FMC interpret nonperformance of transportation to include canceling a sailing or delaying passenger boarding by at least 24 hours. He also put forward regulations to make it clear how passengers may obtain refunds under a cruise line’s financial responsibility instruments, such as surety bonds.

Specifically, Sola proposed that when a sailing is canceled or a passenger boarding is delayed by at least 24 hours due to any reason other than a governmental order or declaration, full refunds must be paid within 60 days following a passenger refund request.

When a sailing is canceled or consumer boarding is delayed due to a governmental order or declaration, full refunds must be paid within 180 days following a passenger refund request.

If, following a declaration of a public health emergency, any consumer cancels a cruise that may be affected by such emergency after the cruise line’s refund deadline, but the sailing is not canceled, the line will provide a credit for a future cruise equal to the consumer’s amount of deposit. In all other cases when a consumer cancels and embarkation and sailing occur within the prescribed timeline, the cruise line’s rules for cancellation will apply.

Further, Sola proposed cruise lines set a reasonable deadline for a consumer entitled to a refund to request the refund which shall not be less than six months after the scheduled voyage.

Refunds should include all ancillary fees

Refunds should include all fees paid to the line by the consumer, including all ancillary fees.

And refunds should be given in the same fashion as monies were originally remitted to the carrier.

Sola said the proposed rule change is intended to protect consumers and provide clear uniform standards cruise lines may rely upon when making business decisions. These proposed changes do not prevent the consumer and the line from entering into an alternative form of compensation in full satisfaction of a required refund.

The FMC will vote on whether to initiate rulemaking to prescribe the measures proposed by Sola. A vote is expected by mid-August. If rulemaking is initiated, it would be filed in the Federal Register within 60 days of the Commission’s action.

418 calls — not all led to formal complaints

Not all calls gave rise to a formal complaint being filed against a cruise line. In many cases, the consumer elected to resolve their dispute in another fashion.

Sola’s interim report for his Fact Finding 30 found a confusing array of ever-changing policies and considerable variation in the time it takes for lines to process refunds.

The report noted refund policies have changed drastically over the past five months, often several times per cruise line. One line said it has issued 200 separate communications to customers and/or travel agents regarding changes to travel plans and options for customers.

Many people canceled their cruise before it was canceled by the line or the CDC’s no-sail order. Sola found lines vary in their response to this. Some are sticking to the policy that was in place at the time of the passenger cancellation; others refunded the cancellation fee after the cruise was canceled. One line reported passengers were already canceling cruises in 2021 and 2022.

A wide array of refund policies exist. One line has three different policies — one for its Caribbean cruises, one for a specific ship sailing from New York and one for all other cruises.

Of lines offering future cruise credits in lieu of a refund, the most common FCC value is 125%. Some lines include on-board credit. The highest FCC being offered is 200%.

Similarly, there’s considerable variation in the time allowed for choosing a refund over an FCC.

Why lines are slow issuing refunds

Cruise lines large and small are dealing with a significant volume of refund requests, while stay-at-home orders affect employees processing requests and, in at least one case, staff has been reduced. Credit card processors face similar issues. One line said it is dealing with 13 currencies.

When customers seek refunds directly from the credit card issuer and the line, this can increase the administrative burden on the line to avoid double refunds. One PVO specified it had successfully contested chargebacks with Visa and Mastercard, less so with American Express.

The line stated that numerous refund requests made by customers were not in compliance with the company’s terms of passage (force majeure clause). This line said it would be helpful if the FMC understands the impact of ‘acts of God’ on ‘nonperformance’ and suggested an industry-wide agreement on subsequent refunds would give clarity.

How long are refunds taking?

A line that offered refunds for customers wanting to cancel in February was able to provide those in just over a week but now estimates they’re taking 90 days. Another line did not start issuing refunds until early May.

According to Sola’s findings, on the short end, one PVO stated it takes an average of five to seven business days for funds to be returned to the passenger, however, the credit card issuer may also take time before refunding the customer.

On the long end, some lines said refunds are processed within 90 days.

One specified an average of 58 days. Another said refunds can take up to 90 days, but its current time to refund customers is 60 days. Yet another line stated that by April 30, a substantial majority of customers canceling in March had been refunded and refunds are generally processed within 21 days of the cancellation. As of June 22, Princess Cruises had made it through about 60% of their refunds.

A small line adopted a 90-day refund process in March, but in June decided to move to a 30-day process and anticipated that being fully implemented by mid-July. A large line that has been notifying passengers refunds take 30 to 60 days has improved its system and is working toward issuing refunds within 30 days (in early May, that processing time was two to three business days).