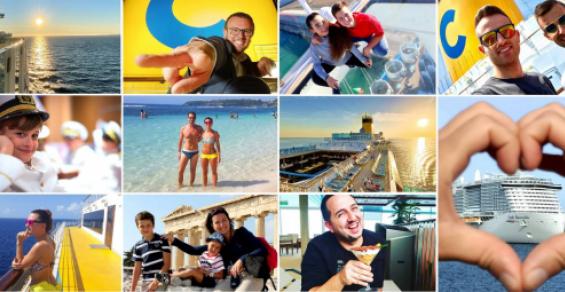 It hinges on the timely sentiment of ‘missing’ a holiday while turning the message into one of optimism for the return of cruising and tourism as a whole.

Costa used more than 6,000 contributions from brand loyalists and bloggers that sprang from an April effort to collect treasured cruise moments via the line’s social media and direct marketing channels.

The hero video is a mélange of user-generated content. The slogan ‘The holiday we miss’ appears with the hashtags #cruisingsoon and #ripartiamoinsieme, which Costa has been using on social media since March. The video was conceived and created by DUDE, under the guidance of creative directors Livio Basoli and Lorenzo Picchiotti.

In addition to the video, Costa will provide space on at www.costacrociere.it for a ‘holiday wall’ comprised of contributions from social media channels that will continuously add fresh content.