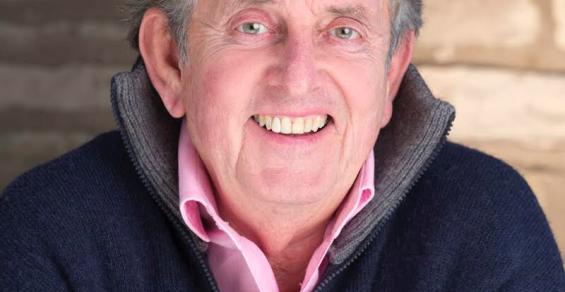 Microbe Marine, a well-established team of marine professionals – including a former vp technical at Cunard – and with vast experience in hazardous materials and hygiene virus auditing on ships believes it has a solution to help the resumption of cruising and rebuild consumer trust with its Oxygen Cluster Process (OCP) technology.

Citing the silent spreaders and viruses transmitted from surface contact as the main causes of virus transmission, Microbe Marine says the OCP process will combat these main risks by producing a mass of oxygen clusters, which bombard and kill all viruses and bacteria on surfaces and in the air, disinfecting clothes and people without any impact 24/7, keeping passengers and crews safe.

The directors at Microbe Marine have been working closely with top specialists in the marine and science field to adopt a well-proven technology for the marine market.

‘Cruise lines are currently looking at several operational changes to combat COVID-19. They are considering drastic actions such as reducing the number of passengers on board and guests in show lounges, spacing out bar and restaurant seating and assigning fewer crew members,’ said John Chillingworth, Microbe Marine’s Senior Marine Principal.

A former technical VP at Cunard and who served as a chief engineer on QE2 in the 80s, Chillingworth  added, ‘wearable devices for crowd control, digital casinos, and robot crew members are just a few of the interventions being pursued by ship designers. These are all extreme initiatives and will make it very difficult for the industry to operate efficiently. Besides, these are not cure but treatment, whereas OCP kills the viruses.’

The Oxygen Cluster Process can be easily installed according to Microbe Marine and it claims the system kills viruses and eliminates microbes including SARS Covid 2, COVID 19, Norovirus and bacteria in the air and on surfaces throughout the ship, automatically and continuously 24/7. It also removes odours quickly and efficiently.

Microbiologists confirm that 80% of viruses on ships are transmitted by touching a contaminated surface. The clusters disinfect fabrics, people, floors, buttons, work surfaces, buffets, anything the air touches, without any knowledge or residue. This combats the main risk of surface contamination and reduces the impact of silent spreaders. The system, without any sensation, also disinfects people and their clothes whilst they are walking around the ship.

Used in the Far East to combat SARS

In 2002, the same technology was used during the SARS epidemic, COVID 2 when the epidemic was prevalent in the Far East , notes Microbe Marine.

‘Many hotels and hospitals in Hong Kong, South Korea, Japan, Singapore and China installed Oxygen clusters in their hospitals and hotels. Laboratory technician who conducted tests after installation showed that with oxygen clusters 99.99% of surface viruses were killed within five minutes,’ Microbe Marine states.

OCP requires minimal retrofitting, and once installed requires no adjustments or regular maintenance. Sterilisation starts as soon as the unit is switched on and is infinite for as long as the unit is active.

Each unit uses less than 50 watts.

Microbe Marine is the exclusive marine distributor for OCP units and operates globally with an established network of marine professionals in UAE, Singapore, Turkey, Brazil, UK, US and China.

‘Various technologies such as Ultra-violet light (UVGI), air conditioning upgrades and enhanced air filtration seem to feature in many cruise lines considerations for possible implementation in fighting the virus but I beleive OCP should also be seriously considered as an option, consultant Grenville Cartledge, managing director of Four Gold told SCN.

‘Without becoming too scientific, oxygen is the only ‘paramagnetic’ gas that absorbs electrons from the sun.  As the oxygen gains extra electrons it collects into reactive and magnetic clusters that purifies the air and rids it of microbes.

‘Copper, which has well-documented anti-bacterial properties, works in the same way using free electrons in its outer orbital shell that makes it a “molecular oxygen grenade” and can inactivate 10 million coronavirus cells in 5 minutes.

‘Obviously, it is not practical to change all surfaces to copper on board and, anyway, this would not address the issue of airborne transmission.  However, OCP harnesses the same ‘free-electron’ process and will continuously expose all surfaces, including fabrics, soft furnishings and people, to these oxygen grenades.  The technology will seek out microbes and destroy their capability to transmit harmful genetic material. The technology is proven in many shore side establishments and can be easily adapted to the marine environment and retro-fitted at relatively low cost,’ Cartledge remarked.