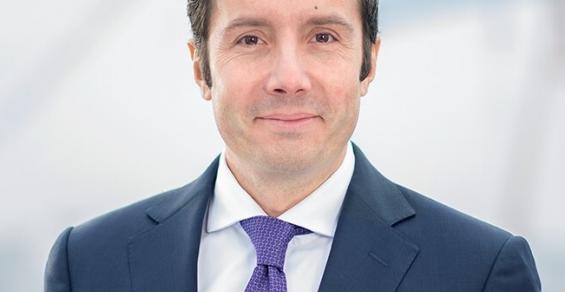 The 45 year-old current GM of Satori & Berger, one of Germany’s leading port agencies and cruise service providers, replaces Sacha Rougier from July 1, 2020 who is departing at her own request in order to pursuit new challenges outside Germany.

Maraschi will manage CGH jointly with Christopher Braun who retains his position as second managing director.

During his ten years in the cruise business, Maraschi has become a widely respected and popular face of Germany’s cruise community, combining his professional background with a young, very open-minded approach as well as a portion of Mediterranean charm.

Maraschi joined the Kiel-based Satori & Berger  as assistant to the board in 2010.

A year later he was appointed GM and Head of Cruise Services, moving from Kiel to Hamburg in 2013 as Sartori & Berger set up a port agency and shore excursions team there to co-ordinate cruise operations throughout Germany.

Before he joined Sartori & Berger, Maraschi – who originates from the North of Italy – worked for the Italian ferry operator Grandi Navi Veloci for six years, overseeing the German-speaking source markets as International Sales Manager.

His professional roots are in the aviation business where he worked for Air Malta and as Senior Sales Manager of Emirates at Munich Airport.

He also met – and married – another well-established German cruise professional during these years: Nadine Maraschi, né Palatz, who among other positions was Manager of Hamburg Cruise Center from 2007 until 2015.

Commenting on the management change, Jens Meier, CEO of Hamburg Port Authority which owns 100% of CGH, said he was happy that an internationally renowned expert from the cruise industry has been found for the position.

Meier at the same time expressed gratitude and recognition to Rougier, who has been MD of Cruise Gate Hamburg since February 2015.

‘She succeeded in establishing an effective and sustainable overall structure for Hamburg as a cruise port, which regularly constitutes a benchmark also for other ports,’ Meier said.

Rougier, who is leaving Hamburg at the end of June citing family reasons, commented the decision has not been an easy one for her: ‘I have a great team at CGH, and together with this team I got a lot going and achieved much in the past years.’