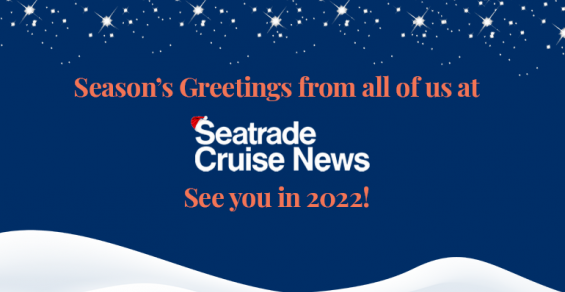 Happy holidays to all our readers around the world! Seatrade Cruise News is taking a break for the festive period and will resume reporting in the new year, but we leave you with …

2021 saw Cruise Saudi burst onto the scene with an aim to establish the cruise industry in Saudi Arabia and create a new destination for international cruise lines, as well as establishing the kingdom as a source market.

Cruise operations resumed in most parts of the world, however as the year end approaches Australia’s cruise ban remains in place.

In April, TUI Cruises CEO Wybcke Meier shared her brand’s successful return to operations during the pandemic. At that point TUI had carried more than 84,000 passengers since resuming the prior summer with just four COVID-19 cases that were handled without disruption, Meier said.

‘Protocols have proven effective, operations have gone smoothly, demand is strong and net promoter scores have been higher during the pandemic,’ she disclosed.

The US Centers for Disease Control and Prevention issued new guidelines for cruising’s restart, and Celebrity Edge became the first oceangoing cruise ship to sail from US waters in more than a year on June 28 from Port Everglades.

At a belated Seatrade Cruise Global in Miami in September cruise leaders didn’t dwell on pandemic negatives at the opening State of the Global Industry keynote but looked forward, noting that health protocols are working, guest satisfaction is high and occupancy is climbing.

And, finally, heading into the countdown for the close of 2021 it was announced Jason Liberty is to succeed Richard Fain as Royal Caribbean Group CEO. Fain, whose innovations during more than 33 years at the Royal Caribbean helm helped shape the modern cruise industry, decided to step down Jan. 3. He’ll continue as chairman.