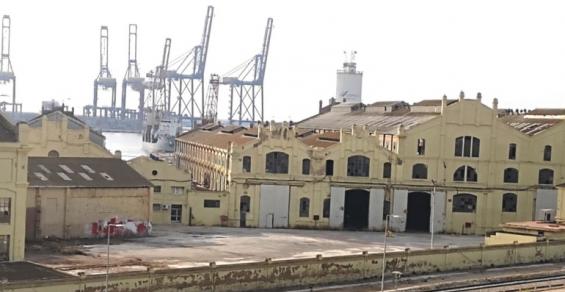 Baleària Eurolíneas Marítimas has submitted a proposal for the construction and operation of the new public passenger terminal in the port of Valencia, put out to tender in early July.

The new port terminal would be located in an area approximately 100,000 sq mtr between the Poniente Quay and the Espigón del Turia Quay and, according to the specification, must respect the location’s historic backdrop. Envelopes of the administrative and technical offers will be opened on July 29 and concession for the awarded company granted for 35 years, extendable to a maximum of 50 years.

The new terminal is aimed at serving cruise ships, regular lines with the Balearic Islands and Algeria as well as ro-ro traffic. It is therefore required to have at least four berths, with at least one of these used to berth a 360 mtr cruise ship and another of at least 250 mtr. The terminal must be capable of accommodating two cruise ships on the same day, one in a base port regime and another in a transit regime, and two ferry/ro-pax type vessels.

A building for the reception of passengers with an entrance hall, luggage storage area, security control equipped with X-rays and metal detection arches, space for customs and for the bodies and security forces of the State are among the list of factors that should be met. The terminal must also provide space for sanitation, a waiting area, gateways for access from the boarding passage to the ship and vice versa, security cameras, Wi-Fi, public toilets, a tourist office, crew restroom and a check-in area for cruise lines.

The terminal must respect four elements of the former shipyard of the Naval Union of Levante, which are considered to be of artistic historical value. This includes the water tank, the construction stage of ships, two cranes that can be placed in another location and sub-A of the ship III.

The tender documents specify that the infrastructure must be ‘green’ and equipped with an electricity supply that can be connected to cruise ships, or there should be an option to install solar panels on the roofs of the building. All berths must have access to electricity.