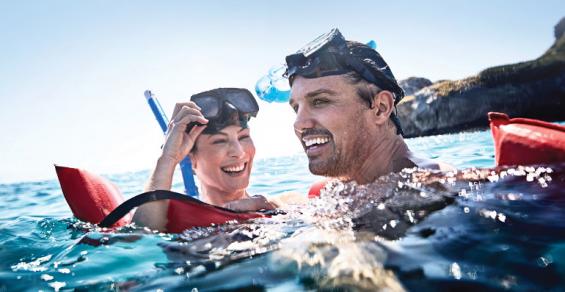 It will run from October 4 through to November 30, 2021 alongside the line’s current consumer 2022/23 Collection campaign.

It comes after Celebrity Cruises’ launched their ‘Journey Safe, Journey Wonderfull’ advertising campaign in the US and UK in September and October, respectively.

‘With international travel opening up once more, we’re all ready to take a “real holiday” and our new advertisement encompasses exactly what this means with Princess,’ explained Tony Roberts, VP, Princess Cruises UK & Europe.

‘As the summer draws to a close, marking the end of our Summer Seacations season, this campaign aims to inspire guests to think about their holiday plans for next year and beyond, in turn helping travel agents sell even more cruises with Princess.’

The ad will show on UK ‘Video on Demand’ channels, Sky Adsmart, ITV Hub and All4, as well as on YouTube and Princess’ own social media channels.