Past SeaDream guest has coronavirus, everyone aboard quarantined 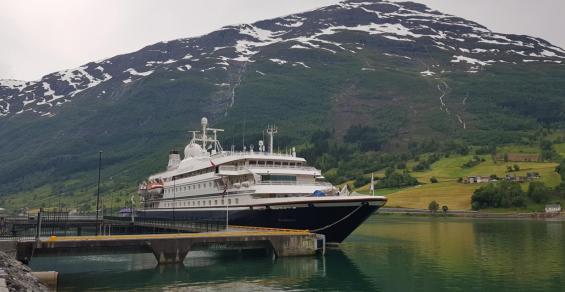 A traveler who sailed on SeaDream I has tested positive for COVID-19 after a routine check upon returning home to Denmark.

The person had traveled home from Tromsø Aug. 2.

All passengers and crew, apart from essential workers, are now in quarantine on board, and the voyage was suspended.

SeaDream Yacht Club said the infected passenger had no symptoms during the cruise and a traveling companion, with whom the person lives, tested negative.

‘We sincerely hope that there is no COVID-19 on board, and we are not aware of any other guests or crew who are infected or have any symptoms, but we are taking all necessary precautions,’ SeaDream said on Tuesday. ‘All guests and crew were informed, as well as the Norwegian Institute of Public Health and the Norwegian Directorate of Health as soon as we received the information this afternoon.’

SeaDream I is now on the way back to Bodø to follow NIPH and Norwegian Directorate of Health’s guidelines.

The company immediately started contacting travelers who were on the affected voyage.

In recent days, another company sailing from Norway, Hurtigruten, experienced a coronavirus outbreak on board at least one of its ships and the CEO  admitted Hurtigruten had not followed its own health safety protocols.

SeaDream said it has followed all national guidelines, and all crew members were quarantined in hotels for 10 days before boarding the yacht.

A traveler on Paul Gauguin tested positive Saturday, and that French Polynesia cruise was cut short after four days. Earlier, some crew arriving in Germany to sign on with AIDA Cruises were found to have coronavirus. AIDA had planned to resume sailing Aug. 5 but departures were canceled through Aug. 12 since the company still awaits flag-state (Italy) approval.