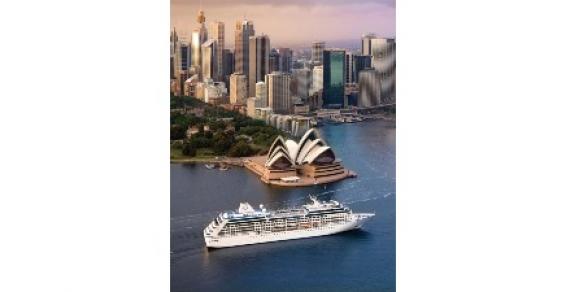 Oceania Cruises said its 2024 'Around the World in 180 Days' voyage sold out within 30 minutes of opening for sale on March 2.

In conjunction with the world cruise on Insignia, the company also announced four new 72- to 82-day grand voyages in the Asia-Pacific region aboard Regatta, Nautica and Riviera.

The sell-out of the six-month world cruise and the response to the four Asia-Pacific voyages resulted in a new single-day booking record that surpassed the previous record set in September 2021 by almost 12%.

‘The response to our 2024 world cruise and the new grand voyages clearly illustrates the resiliency, enthusiasm and passion that drive our guests to travel the world,’ said Howard Sherman, president and CEO of Oceania Cruises. He added it’s also a testament to the company’s officers and crew and the travel partners who ‘steadfastly championed the worldwide return to travel.’

While world cruises typically attract legions of loyal customers, Oceania Cruises’ 2024 world cruise saw almost half of all bookings come from new-to-brand guests, and 42% of the those sailing on the current 2022 world voyage rebooked for the 2024 voyage.

The line said this furthers a booking trend steadily emerging during the past year with some booking periods and promotions recording new-to-brand booking levels of more than 50%. Additionally, 18% of 2024 world cruisers opted to extend their voyage to 196 days.

The line further reported ‘exceptional demand’ for its 2023 Europe and North America collection of voyages with bookings on longer, grand cruises that span multiple weeks or months, going from strength to strength.

To satisfy demand for booking further out, the line will be opening a full year of voyages spanning from October 2023 to December 2024 on May 4.

‘The vast majority of bookings were made via our valued travel partners and this launch would not have achieved the record-setting success without the support of travel advisors across the globe,’ said Nikki Upshaw, svp sales.