Most all Carnival crew home, line thanks Caribbean/Latin American nations 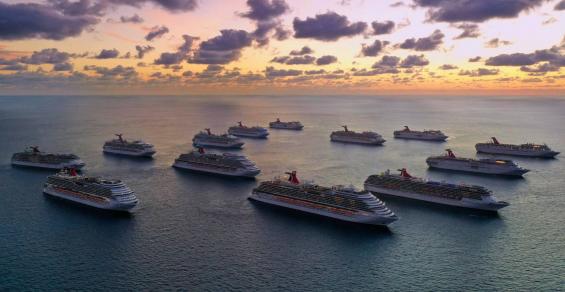 Carnival Cruise Line, in the final stages of repatriating crew members, said nations across the Caribbean and Latin America have played a critical role.

More than 26,000 crew members have been repatriated worldwide, including thousands who are citizens of more than 25 nations throughout the Caribbean and Latin America.

By July 20, Carnival expects to have fewer than 400 crew members remaining on board awaiting repatriation once their home country borders are opened or travel restrictions are eased.

The Bahamas, Barbados, Colombia, Curaçao, Mexico, Panama, St. Maarten and Nicaragua have assisted in the repatriation effort via port operations, ground transportation and helping to facilitate the safe and efficient transfer of crew via chartered and commercial aircraft.

Thanks from Christine Duffy

‘Many of our partners in the Caribbean and Latin America have gone above and beyond in supporting our repatriation efforts and played a vital role in helping our team members return home safely,’ Carnival President Christine Duffy said. ‘We offer our most sincere thanks to government officials, private transportation operators and maritime partners for their cooperation, hard work and gracious hospitality.’