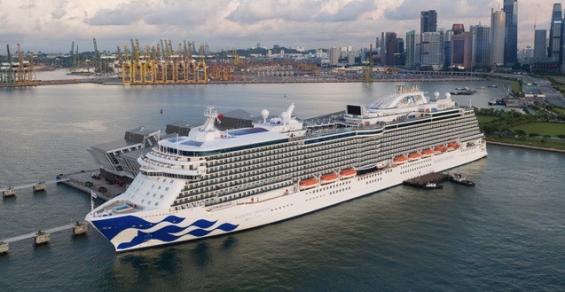 With Majestic Princess sailing stateside for the first time in 2021, the ship is going to replace Regal Princess in Alaska as Regal heads to the UK, replacing Grand Princess.

Regal will assume Grand’s Southampton-based program, as Grand is going to sail from Los Angeles on Mexico and California coast itineraries.

Built for China and lately deployed seasonally in Australia and Taiwan, Majestic Princess will debut on the US West Coast next year, but the ship is arriving earlier than first reported to operate in Alaska.

Majestic will pick up all published Regal Princess Inside Passage cruises from Seattle, May to September, except for Regal’s May 4 ‘Alaska Sampler,’ which is canceled.

Replacing Grand Princess in Southampton, Regal will sail 17 round-trips to the Mediterranean, Norway, Scandinavia, Iceland and other destinations. As a result of this change, the Regal Princess South Pacific crossing and two Grand Princess seven-day Europe cruises are canceled.

Passengers booked on Regal Princess Alaska and Grand Princess Europe voyages will be automatically moved from Regal to Majestic in Alaska and from Grand to Regal in Europe, and will receive a new booking confirmation.