‘I’m optimistic’: AQSC’s Waggoner on US cruises starting in weeks 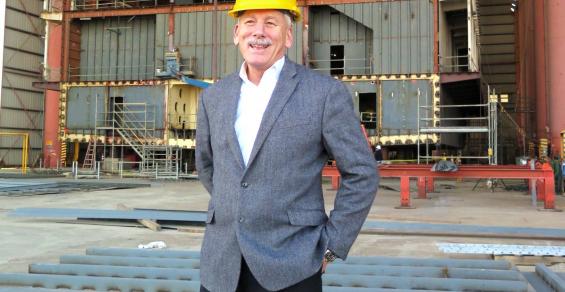 With US-flag lines readying to sail in the coming weeks, approvals are still in the works but American Queen Steamboat Co.'s John Waggoner is hopeful.

AQSC has US Coast Guard approvals for these vessels and operating plans are being reviewed by the Food and Drug Administration, which oversees US-flag operators — not the Centers for Disease Control and Prevention.

‘Now it comes down to the ports,’ Waggoner explained. And it’s complicated.

The US has non-binding guidelines for phased reopening, and states determine the phases, which often vary by county. In Washington state, all the ports American Empress visits (Vancouver, Stevenson, Richland, Clarkston/Spokane) are currently in Phase 2, which allows in-store retail, restaurants at half capacity and gatherings up to five people. Phase 3 will allow non-essential travel, restaurants at 75% capacity and gatherings up to 50 people. Phase 4 will condone gatherings of more than 50 people.

For American Duchess on the Mississippi, cruises touch a wider range of states. The July 20 sailing begins with a hotel stay in St. Louis, Missouri, which is in Phase 1, with in-restaurant dining and retail stores open, and touches ports in four other states, including Illinois, where American Duchess turns around in Alton. There, the county bucked the state’s system and is in Phase 2, allowing gatherings of up to 50 people. In days it is expected to move into Phase 3, allowing gatherings of up to 150.

Bottom line: While the Pacific Northwest destinations are working through their four-stage openings, along the Mississiippi AQSC visits ‘mostly small towns that count on us for economic development. There is no resistance,’ Waggoner said. The company is writing to state governors to share its plans and protocols.

As for customers, ‘There is a lot of interest. We’re seeing a lot of people now who aren’t ready to travel internationally but want to travel domestically.’

Before coronavirus, AQSC was touting the fact that Americans don’t even have to get on a domestic flight since vessels are within driving distance of major population bases.

And, going forward, road trips are becoming the thing, Waggoner said. AQSC homeport Memphis is a day’s drive from Atlanta, St. Louis and Oklahoma City, while New Orleans is well-served by Amtrak. Portland is within driving distance of Seattle, Boise and Northern California.

Initially, 70% of customers whose sailings were canceled rebooked using AQSC’s 125% future cruise credit. Over time, as uncertainty increased, that’s reduced to 60-40 or 50-50. Customer sentiment is running ‘the whole spectrum,’ as Waggoner put it, with some staying home, others ready to roll on the rivers and some willing to go if they can avoid planes.

‘Still a lot of folks are rebooking,’ Waggoner said, mostly for 2021. And next year there is strong interest when AQSC’s Victory Cruise Lines introduces newbuild Ocean Victory for the company’s inaugural Alaska season.

Yet AQSC is also taking new (cash, not FCC) bookings for 2020, in September and October. Same-boat sales are up 33% year over year.

American Empress carries 212 passengers and 70 crew, so it was over the 249-person cap in the US no-sail order. AQSC got Coast Guard approval to amend the certificate of operations to 170 passengers so, together with 70 crew, it qualifies.

American Duchess is fine. It carries 156 passengers. And with two restaurant seatings and alternative dining venue River Grill, it can limit restaurants to 50 people. Instead of one nightly show, there will be two.

The partnership with Ochsner Health adds protocols including pre-screening and virtual access to infectious disease specialists. The boats stop every day, so anyone needing medical care can easily get to a facility. On board, MXP Protect will incorporate the use of thermal imaging at the gangway, so every time someone gets on or off, their temperature is checked. One hundred percent of the crew will be tested for COVID-19 before embarking.

AQSC is working with its tour provider, Shore Excursions of America, to reduce motor coach capacity from 49 to 24 and will adhere to limits at attractions visited.

Capacity will likely have to be adjusted for the 245-passenger American Countess, new this year. It was to have been named in late March in New Orleans. Canceling the festivities was Waggoner’s biggest disappointment. After everything AQSC had learned from the challenging conversions/start-ups for its other vessels, American Countess was completed early and in New Orleans two months ahead of schedule.

AQSC is now planning a bourbon-laced virtual naming with Waggoner’s daughter, Angie Hack, as the godmother.

Another disappointment was having to cancel Victory Cruise Lines’ 2020 Great Lakes season.

That turned out to be prudent, given Canada’s ban of cruise ships through October. There had been talk of Canada possibly allowing technical stops to satisfy cabotage restrictions, but even if that had happened, Waggoner said there was too much uncertainty.

Still, the season cancellation was ‘a tragedy for us because the Great Lakes were so well-received with such positive reviews.’

He’s hopeful for 2021, when the season is due to start in April.

The ship will carry an ample expedition team of marine biologists, scientists and naturalists from Waggoner’s alma mater, California Polytechnic State University. Besides guiding and lecturing, they’ll be conducting scientific research on board. Programs with the Alaska Whale Foundation and Sitka Sound Science Center will add further depth.

And AQSC will be creating a scholarship fund so passengers can ‘adopt a marine biologist.’