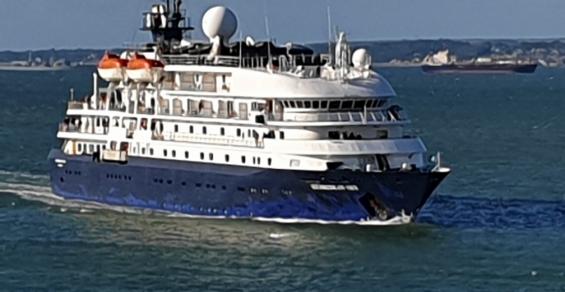 Hebridean Sky, under charter to Noble Caledonia, helped in repatriating the British Antarctic Survey (BAS) research and support teams from Antarctica to the UK after a 20-day sea voyage on board the cruise ship and the Royal Research Ship (RRS) James Clark Ross.

However COVID-19 disrupted all international air travel, including BAS normal routes through the Falklands and South America and the only safe alternative was to bring staff and colleagues home by sea.

Noble Caledonia Head of Fleet Operations Mike Deegan says: ‘We are delighted to have been able to assist British Antarctic Survey with the repatriation of their staff members who have been involved with vital scientific and research work down south. We were pleased to provide this service at no profit to ourselves in view of the extraordinary challenges faced by BAS.’