Gordon Ho, who put the ‘Come Back New’ into Princess Cruises, is leaving 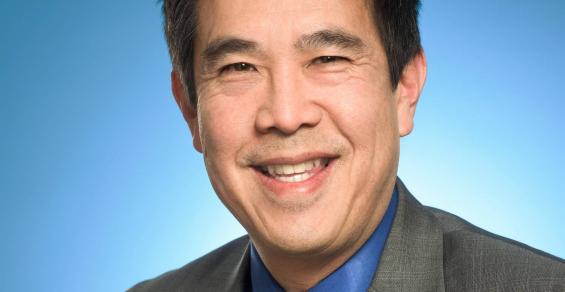 Marketing dynamo Gordon Ho, who led the 'Come Back New' campaign and brought a bevy of branded experience partnerships to Princess Cruises, is among those leaving the company.

‘His focus on personalization-at-scale initiatives has fueled substantial improvements in our digital marketing and e-commerce efforts,’ she continued. ‘Throughout this recent time of great upheaval for our company and industry, he has helped our team share and celebrate moments of positivity and happiness.’

Characterized by relentless curiosity, the personable Ho is known for asking questions and sparking discussion to gain insights that supplement his data-driven approach.

Marketing professor Lin Humphrey considers Ho an ‘extraordinary marketing leader’ for having the ‘rare ability of being able to launch emotion-evoking creative and data-driven decision-making in unison. I have always admired how much data-informed strategy was hidden to the cruising public behind gorgeous visuals and consistent brand messaging. It was seamless and effective.’

Ho ‘will be missed in the industry, but he will make waves in his next role,’ Humphrey said.

Ho helped drive global and new international campaigns. He created the Princess Global Marketing Summit to assemble marketing and sales leaders from around the world to share best practices and global priorities. Also, together with local teams, he launched Princess localized experiences and campaigns for China, Japan and Taiwan including Princess World Leader dinners in China.

As well, Ho helped position cruising as the best vacation option via the ‘7 Cruise Wonders of the World’ campaign with Conde Nast Traveler and collaborated with Trip Advisor to add ‘cruise’ as a category to this No. 1 global travel site.

The personalization-at-scale initiative drove expansion of personalization efforts through new MarTech solutions, providing 20% improved conversions across email, social, web and ad platforms. Adobe cited this personalization approach as one of the top implementations in the hospitality business.

Another major effort included the launch of MedallionClass Cruising, featuring the Ocean Medallion.

Most recently, during the COVID-19 crisis, Ho supported global communications and led the Princess Care Team efforts for repatriated guests who were quarantined in military bases across North America. This included assembling teams, on-site and remote, to provide needed supplies, communications, care packages and transport home.