On Tuesday, the 16-strong party were welcomed with reindeer soup by Layla who runs Inga Sami Siida. ‘Only 8% of the whole population keep reindeers, very few, and you need a high number of animals to survive,’ she explained. ‘I started this business in 2009 – I wanted my own company and it’s a free life.’

Sami have lived on the island for hundreds of years, sustained by reindeer, and in Norway it is prohibited for anyone outside of the Sami culture to breed the animals.

‘We own them, but they’re wild animals,’ continued Layla ‘They’re always free and outside in nature.’

Cruise passengers can spend time feeding and petting six of Layla’s reindeers, learning about their behaviour and the duties carried out over the seasons in connection with the animals. ‘Not everyone wants to meet the reindeer, but they want to see them,’ she noted. 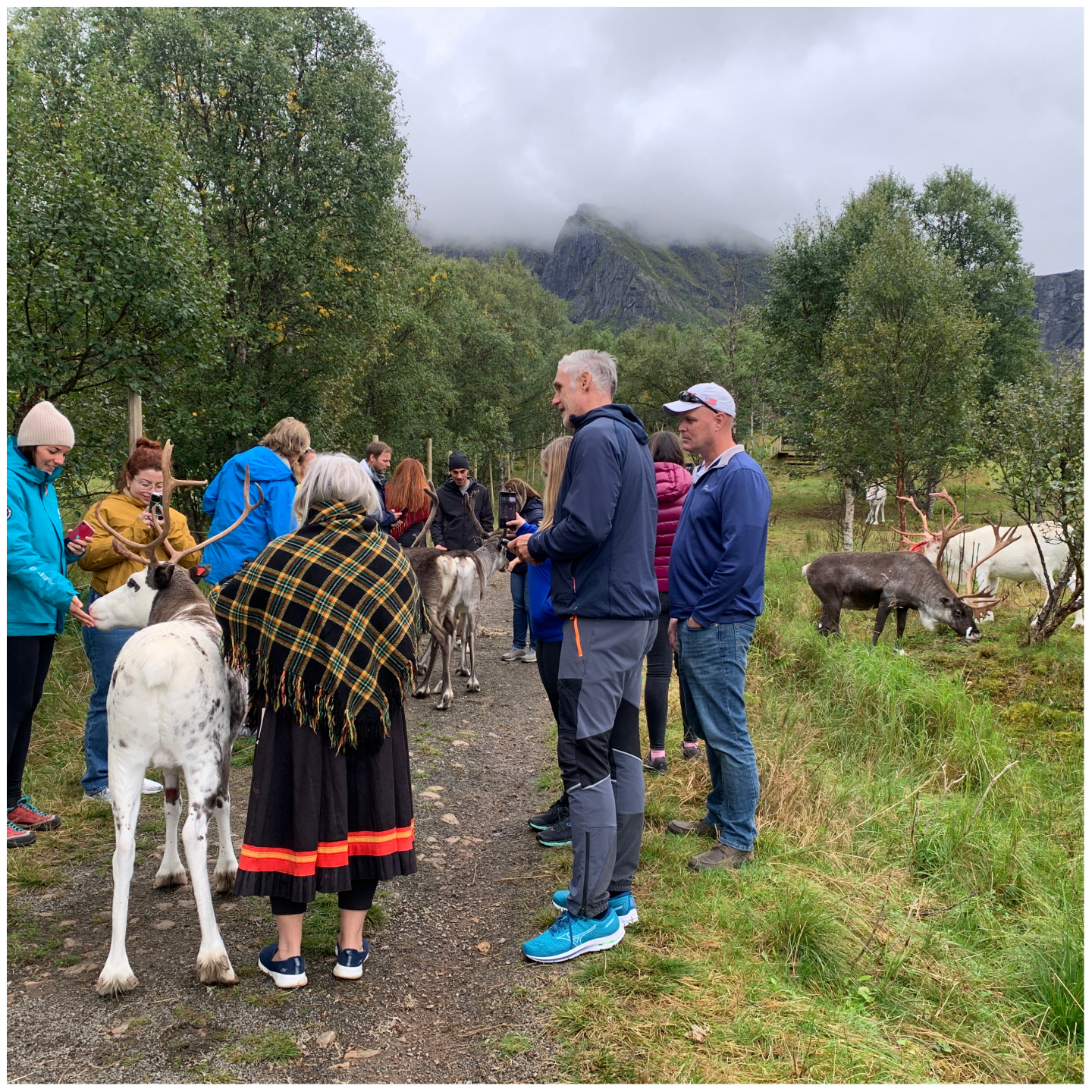 Cruise passengers usually require 20-30 minutes with the reindeer and food is not served due to time limitations, although cloud berries or dried reindeer meat may occasionally be offered.

Demonstrating what cruise passengers can expect from the experience, she performed a Sami ‘joik’ (song) and explained its meaning and message. Storytelling is also part of the programme, which sees passengers on their feet and moving about the space.

The company usually caters to one group tour every day for up to 45 people.

The attraction endeavours to be sustainable. Beverages are served in Finnish-made cups; made from 50% wood, 50% plastic and designed to last forever.

Layla delivers the excursion in authentic-inspired Sami dress from a newly built wooden cabin, and while asserting ‘souvenirs are not my business’ shows her personal collection of traditional Sami knives, and goods made from the skins and furs of seal and polar fox purchased from Inuit.

Daniela Sordi, senior manager, destinations management at Swan Hellenic expressed reservations about the experience stating it is better suited to ‘family-oriented cruise lines.’ The sentiment was reflected by Michelle Sanchez, shorex coordinator – Caribbean, Norwegian Cruise Line, who said, ‘It was nice, I liked it. It’s very cute and I think a lot of kids would like it.’

She went on to say, ‘Cultural experiences are coming back among certain people; younger generations are increasingly interested in discovering world history from a different perspective.’

A two-hour Sea Safari rib boat followed. It took the group to Lofoten’s most scenic spots, Sigerfjord and Trollfjorden among them, where dolphins and white tailed eagles could be spotted amid 3bn year old rocks.

‘We can build a product – either half an hour on water or one hour,’ said a representative for the company. ‘It gives passengers a chance to meet locals, too, and get in touch with people from here.’ 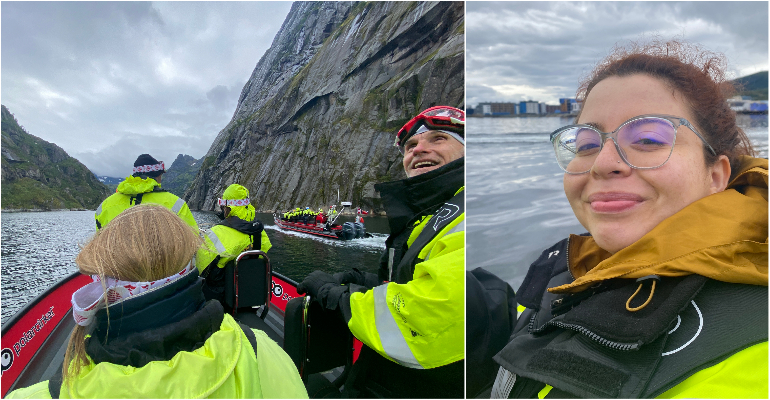 Shorter excursions see the rib boats bring passengers to a settlement for refreshments before heading back to the cruise ship. Longer journeys can include stops in more remote areas for dining on freshly caught salmon.

In a further example of excursions for cruise passengers, the fam trip headed to Hov Farm on the island of Gimsøy. Its 18-hole Lofoten Links golf course, open year-round, has been recognised as one of Europe’s most spectacular courses and ranks in the top 40 list of the world’s best golf courses, according to its owner Frode Hov. It is drawing an increased number of visitors from around the world, including cruise passengers. ‘Australians, many Americans, people from Germany, the UK, Sweden… We’re probably more famous outside Norway than inside the country. They travel here just to do the golf course – it’s a bucket list activity.’

Alternatively, with 50 Icelandic horses on the farm, passengers can ride a scenic trail along the beach on horseback, passing sacred viking burial sites. ‘Lofoten by horse is our most popular tour,’ asserted Hov. ‘It passes the beach, harbour, former viking sites and the remains of boathouses and an amphitheatre.’ The shore excursion is offered year-round, including by midnight to catch the midnight sun or northern lights. A half-day tour includes a trip to a second beach; suitable for those above eight years of age, a separate request is required for younger riders and dependent on sufficient support being available, with six to 10 guides currently working full-time at the farm.

At the The Låven restaurant – a restored hay barn – local food made from fresh ingredients can be served for up to 70 pax, with breakfast, lunch and dinner options on offer. 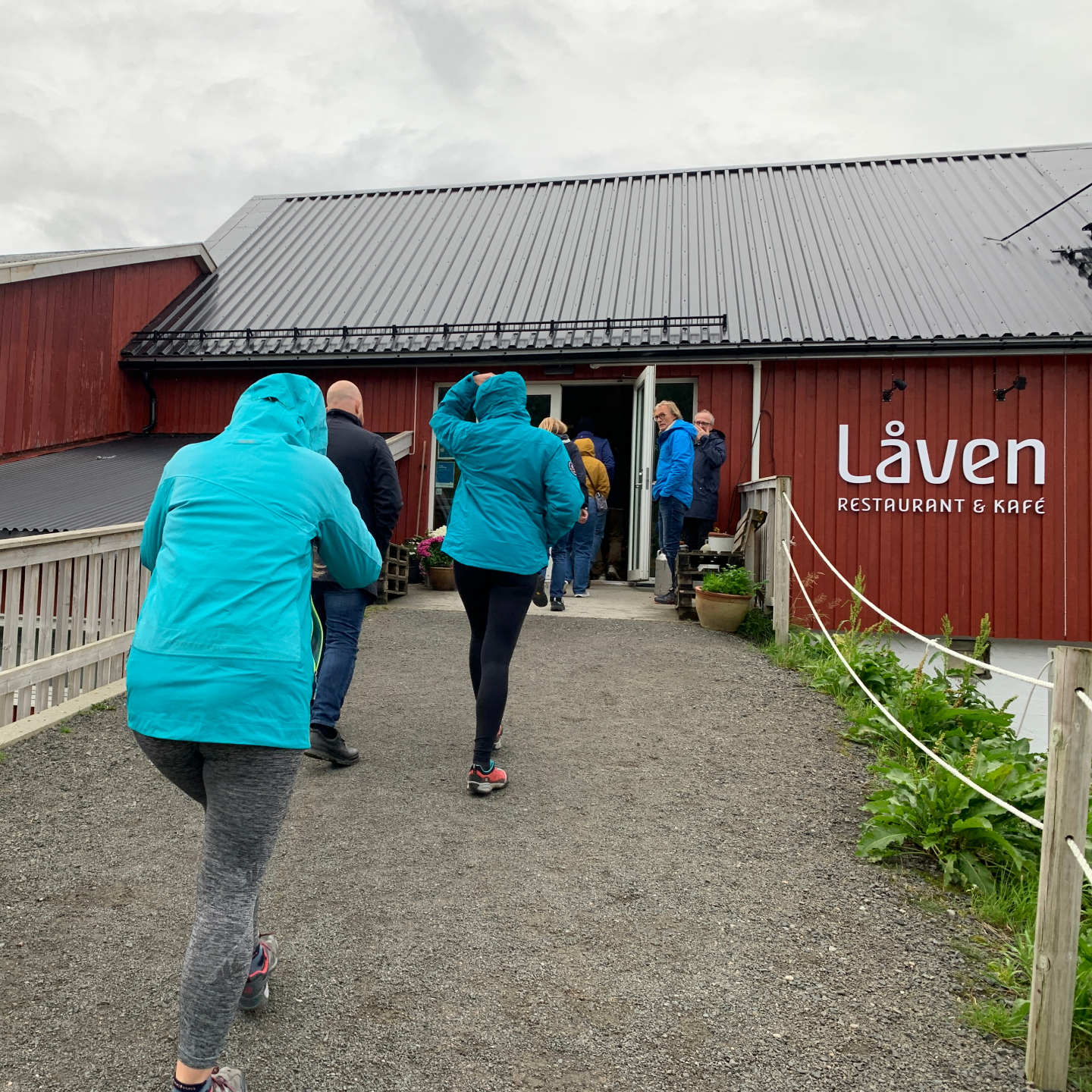 A sauna is situated metres from the building.

The fam trip went on to visit Lofoten Seafood Centre, celebrating Lofoten’s oldest surviving food tradition of preparing stockfish. It has an exhibition about the animal in the same venue as its dining area. Its Stockfish House production facility is open 10am-10pm from Monday-Sunday in June and August where passengers can see the fish being sorted and prepared. 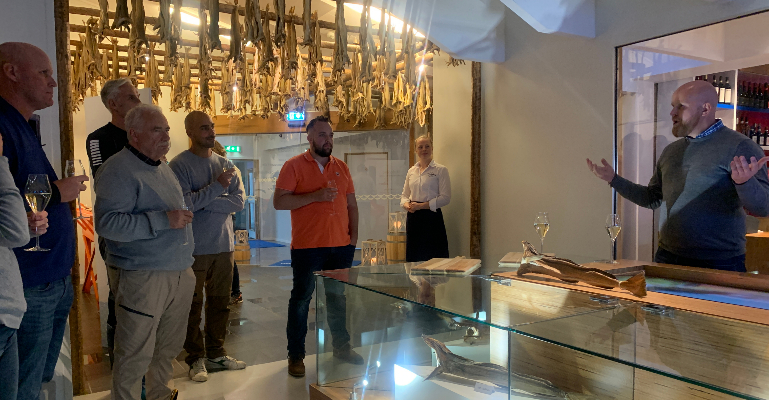 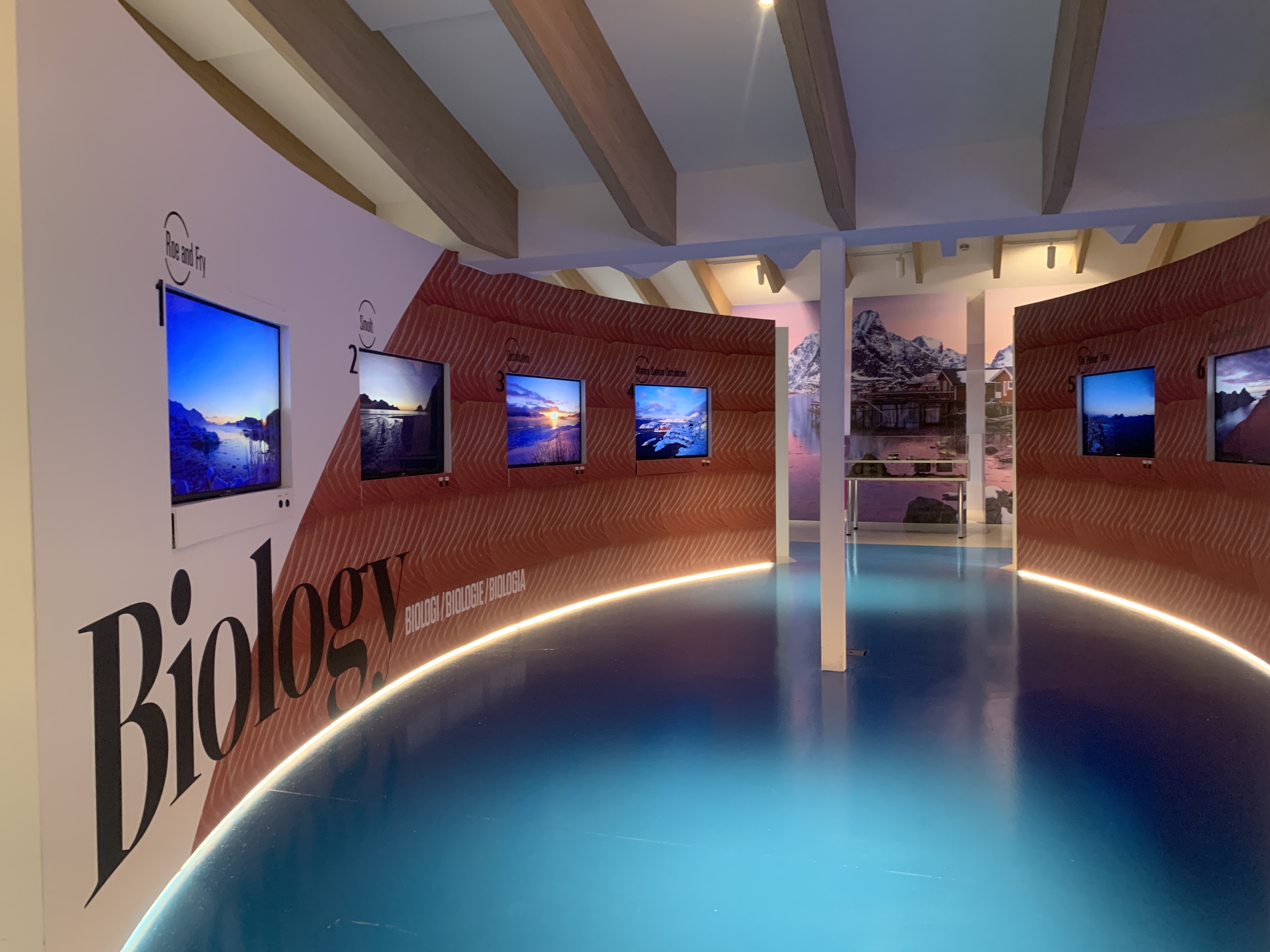