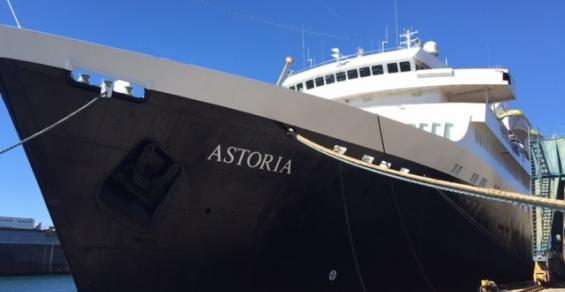 Cruise & Maritime Voyages (CMV) reports Astoria is due to sail from London Tilbury Thursday evening where she has been in lay-up since March 15 following a suspension of cruising due to COVID-19.

Astoria will sail to Lisbon for minor works and to have certificates renewed prior to sailing again. She is estimated to arrive in Lisbon on June 22.

The ship  is scheduled to return to London Tilbury in September to hopefully commence cruising again for a final season under the company’s livery reports CMV as she will leave the fleet in 2021.

There are 133 crew members on board for Astoria’s voyage to Lisbon.