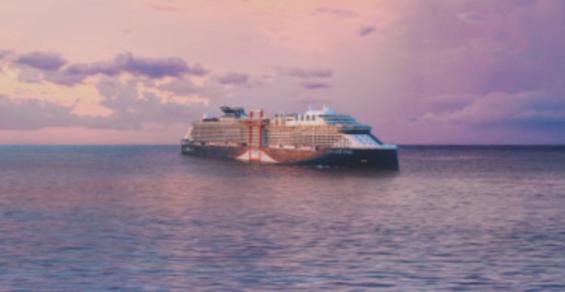 For each Celebrity Cruises booking made by agents made between February 1 and February 28 for sailings through 2022, they will be entered into a prize draw to sail onboard Celebrity Beyond, with European sailings counting for two entries.

20 agents will be able to participate in the exclusive trade sailing from Southampton taking place in April, ahead of the ship’s maiden voyage.

There will be five winners announced weekly on the Celebrity Cruises’ UK and Ireland Agents Facebook page through February, with a limited edition Celebrity Beyond suitcase also part of the reward.

The campaign, called ‘Race to Beyond,’ is the second launched by Celebrity this year, with its joint ‘Celebrity Loves Agents’ campaign with ABTA running since the start of the year.

‘We are thrilled to offer even more of our invaluable trade partners the chance to be among the first to experience the luxury of our exquisite newest ship, Celebrity Beyond,’ commented Claire Stirrup, director of sales UK & Ireland, Celebrity Cruises. ‘We can’t wait to offer a further 20 winning agents and their colleagues the chance to celebrate Celebrity Beyond on this exclusive sailing.”

The line’s earlier ‘Celebrity Moments’ initiative launched in December, offering 100 staterooms onboard Celebrity Beyond to agents for their role in helping to rebuild the travel industry.