Celebrity sales leaders: End to ‘no sail’ is near and what’s behind ‘New Luxury’ 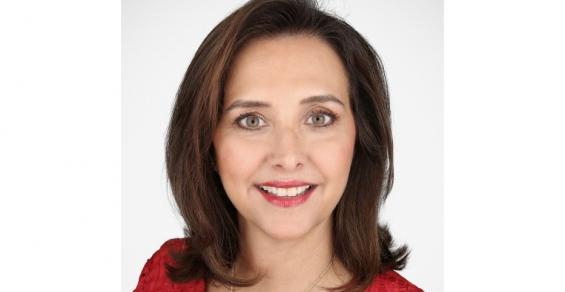 Celebrity Cruises sales leaders expressed their hope to be sailing in March/April and talked about the 'New Luxury' branding during a Signature Travel Network Virtual Connections event Tuesday.

‘There are a lot of things we have to do,’ under the US Centers for Disease Control and Prevention’s conditional sail order, noted Celebrity’s Dondra Ritzenthaler, SVP sales, trade support & service.

‘Phase One (crew testing and building the laboratory capacity needed to test future passengers) we think will be done by the end of December. And then Phase Two happens where we ask permission to do the [trial cruises] then we have time to do that, then we have to wait 60 days after that,’ Ritzenthaler said.

‘… Now we know that once those clocks start to tick at the 60 days, then we’re back. So we’re encouraged.’

‘The end is really near’

In early December, Celebrity announced it won’t be sailing before March.

‘We are hopeful that we can be back in March,’ Ritzenthaler told the Signature owners and travel advisors. ‘It depends on when the CDC’s 60-day window starts to tick for us, based on them giving us permission. But whether it be March, or whether it be April, I’m so confident that the end is really near.’

Turning to brand positioning, Signature President and CEO Alex Sharpe said Celebrity fields ‘revolutionary’ ships and often gets rates better than what’s typical in the premium sector. He asked about the transition from ‘Modern Luxury’ to ‘New Luxury’ branding.

Celebrity’s Keith Lane, VP sales, laid out where ‘New Luxury’ fits in on a sequential scale starting with ‘mass,’ then ‘contemporary,’ ‘premium,’ ‘new luxury’ and ‘ultra-luxury.’

‘Where everybody saw us before was in the upper end of premium,’ Ritzenthaler added. Now Celebrity hopes to strike a distinction.

The Retreat aboard Celebrity Edge and Celebrity Apex, comprising all-suite accommodations, a private restaurant, lounge and sun deck, dedicated butlers and concierge staff plus a host of perks, is ‘a small ship within a medium-sized ship,’ Lane said.

‘You can leave The Retreat and get all these things — shops and shows and martini bars and things you just can’t get on small ships because there’s no space.’

The Retreat amenities are available across the fleet but were purpose-built for the Edge series.

Ritzenthaler explained a key New Luxury component is the ‘Always Included’ pricing that bundles in drinks, tips and Wi-Fi. Now the entry-level fare is the same as most all-inclusive brands, she said. There are two upgrade options, with the upper one part of The Retreat package.

Significant at this time of needing to support the distribution network more than ever is that advisors earn commission on items like tips, drinks, and on-board credit which didn’t happen before.

There’s been a lot of talk about millennials. Lane noted boomers, pre-COVID, were the staple for cruising along with some Gen Xers peppered in. During the hiatus, Celebrity conducted significant Gen X research.

‘A lot of people took a one-year pause on their vacation, so there’s pent-up savings and pent-up demand to go somewhere,’ Lane said. ‘But the Gen X demographic is the one that said during the pause they’re not going to take life for granted any more. And they’re in their highest earning years. We really think they’re going to be part of the comeback, including the boomers and the millennials.

‘That was a genesis of New Luxury and Always Included,’ he summed up.

With the new branding and pricing, Celebrity aims to come out ‘big and bold,’ in Ritzenthaler’s words.

Lane told the Signature owners and advisors to stay tuned for ‘cool incentives and benefits’ rolling out in early 2021.