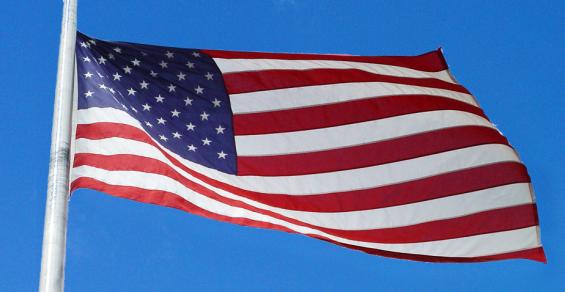 In extending its no-sail order to Sept. 30, the US Centers for Disease Control and Prevention said: 'The current scientific evidence suggests that cruise ships pose a greater risk of COVID-19 transmission than other settings.'

The CDC cited a recent article published in the Journal of Travel Medicine by Rocklöv et al demonstrating that Diamond Princess experienced a basic reproduction rate (R0) for COVID-19 of 14.8 before ship-wide quarantine was enacted. This means that each case transmitted COVID-19 to approximately 15 other people, a reproduction rate approximately four times higher than the 3.7 R0 of the original epicenter of the outbreak in Wuhan, China.

It should be noted that the Diamond Princess outbreak occurred at a time when little was known about the disease, including that asymptomatic people could spread it. The World Health Organization has only recently (early June) acknowledged asymptomatic transmission. Also, the Diamond Princess quarantine was overseen by the Japan Ministry of Health, which subsequently acknowledged mistakes were made.

Rocklöv et al surmised that this heightened rate of transmission is due to the high population density on board on ships, which are typically more densely populated than cities or most other living situations.

CDC said that while this is one contributing factor, the agency’s surveillance data acquired during no-sail order period show that ‘drastically decreasing population on board does not extinguish transmission. Other factors likely contributing to on-board transmission are crew living and working in close quarters in a partially enclosed environment where social distancing may prove challenging even with a limited number of people on board.’

CDC went on to cite the recent investigation of a US Navy ship outbreak which found high transmission rates and high rates of mild disease and asymptomatic infection among crew. ‘These mild presentations of asymptomatic cases make isolation and quarantine practices based on clinical presentation alone challenging. Thus, covert spread of infection among crew may keep the virus circulating from one voyage to the next,’ CDC said.

How undetected outbreaks may occur

The agency also cited numerous challenges in detecting COVID-19 transmission on board ships. Although CDC said examples can be given from most cruise lines, the experiences of four Royal Caribbean ships, Vision of the Seas, Liberty of the Seas, Enchantment of the Seas and Adventure of the Seas, illustrate how an undetected COVID-19 outbreak may occur.

These four ships reported no confirmed COVID-19 cases or COVID-like illness in crew for 28 days or longer. However, when crew subsequently disembarked in countries that required shoreside testing, confirmed cases of COVID-19 were detected in 55 crew members.

The challenge of testing

CDC said it has recommended periodic random testing of symptomatic and asymptomatic crew but, to the agency’s knowledge, only 20 of 49 ships currently operating or planning to operate in US waters during the period of the April 15 no-sail extension have performed testing.

‘While regular testing is not a panacea and a negative test result cannot be used to rule out infection conclusively, the addition of viral testing can help detect infected crew members earlier and isolate them from others,’ CDC said. Testing requires rapid turn-around, and this has proved ‘particularly challenging for ships, even when in port.’

Difficulties may include lack of point-of-care testing on board and inadequate staffing to collect, track and transport samples. CDC said that when rapid testing is more available, regular, repeated testing of those on board, as recommended in other high-density workplace settings, may help to detect COVID-19 outbreaks. Absent wider availability and implementation of testing, it added, ‘undetected outbreaks of COVID-19 among crew are likely to reoccur.’

As frequently and regularly reported here, cruise lines have been working hard on their COVID-19 responses, both individually, jointly with other companies and noted public health eperts and collectively under Cruise Lines International Association.

CLIA had already, on June 19, voluntarily extended the suspension of cruises by member line ships from the US until Sept. 15.

In response to the CDC’s extended no-sail order, CLIA said the industry remains ‘aligned with the CDC in our commitment to public health and safety. We are also pleased that the CDC has announced its intention to issue a request for information about the industry’s resumption of passenger operations. As we continue to work towards the development of enhanced protocols to support the safe resumption of cruise operations around the world, we look forward to timely and productive dialogue with the CDC to determine measures that will be appropriate for ocean-going cruise operations to resume in the United States when the time is right.’

On July 21, the association is going to update media on the cruise industry’s efforts.

Other countries that have managed to get COVID-19 under control have authorized cruising to restart, gradually, under carefully controlled condiions. They include Norway, Denmark, Iceland, France (and French Polynesia), Portugal, Germany and Taiwan.

The UK, however, recently advised against cruise ship travel.