Bookings open for Carnival Jubilee, to cruise from Galveston 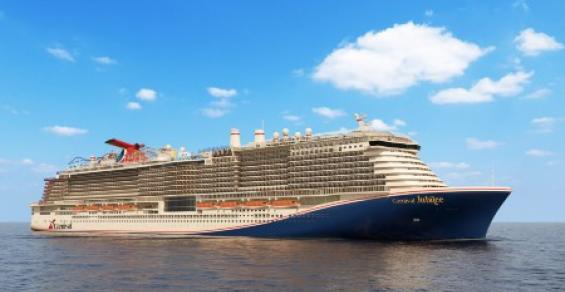 Bookings opened for Carnival Jubilee's inaugural 2023 and 2024 schedule from the Port of Galveston.

‘Since it’s National Plan for Vacation Day, it’s the perfect time to open Carnival Jubilee for sale and give our guests another incredible choice for their cruise vacation with the opportunity to visit some of the most beautiful ports in the Western Caribbean,’ Carnival Cruise Line President Christine Duffy said.

Before settling into its new home of Galveston, the ship will depart on Oct. 30, 2023, from Southampton on an 18-day trans-Atlantic voyage. Ports include Vigo (Spain), Las Palmas and Tenerife in the Canary Islands; Funchal, Madeira (Portugal) and Grand Turk.

Carnival Jubilee will be powered by LNG. Guest features will include BOLT roller-coaster, expanded dining options, more than 20 stateroom categories and multiple levels of suites, and a three-deck atrium with big windows on the starboard side that converts to an entertainment venue at night.

The ship will also have six zones, two that are new concepts to be revealed at a later date.