Bahamas closes to US travelers, others still welcome 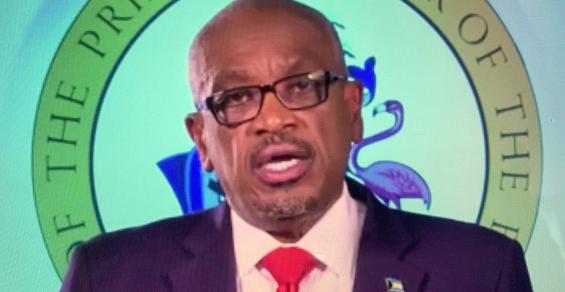 After opening to all travelers on July 1, the Bahamas will close its borders to US visitors, starting Wednesday.

‘The situation … has deteriorated at an exponential rate since we opened international borders,’ Prime Minister Hubert Minnis said during an address on Sunday. He said the Bahamas currently has 153 COVID-19 cases, with 49 new cases confirmed since July 1.

International flights and passenger vessels from Canada, the UK and European Union are still allowed, so long as travelers present a negative COVID-19 RT PCR test from an accredited laboratory taken within 10 days of arrival.

The prime minister did not specifically address the upsurge in cases stateside or in nearby Florida, a major source market for Bahamas travel and a key destination for Bahamians. The Florida Department of Health tallied 337,569 COVID cases in the state on July 18.

‘Cycle of opening up, reviewing and tightening up’

‘The world will be in this cycle of opening up, reviewing community spread and tightening up for some time,’ Minnis said.

While cruise ships currently aren’t able to sail from the United States anyway due to the US Centers for Disease Control and Prevention’s no-sail order through September, several cruise industry sources told Seatrade Cruise News it was surprising there was no carve-out for cruise line private islands where, they argued, risk could be minimized in these controlled environments.

They speculated a possible lack of outreach on the cruise lines’ part to the Bahamian government.

Minnis put no time frame on the US ban, and the course of the virus could well change in the weeks and months before cruise ships would be in a position to sail from the US. Still, the cruise industry sources were glum about the decision. Several lines contacted by Seatrade Cruise News did not immediately respond on Monday.

Short sailngs to private islands seen as a start

Since a number of lines operate private island destinations, it has been expected that cruises from the US would restart with short sailings from Florida homeports to these places, where the experience could be controlled and where exposure to the local population would be reduced since many of the Bahamian workers reside on those islands.

Apart from private islands, Nassau is a major cruise port, and Freeport on Grand Bahama Island is visited by several lines. Bahamas Paradise Cruise Lines, which operates two-night cruises to Freeport, had been hoping to restart service there Aug. 28 — before the US no-sail order was extended last week. Today the company acknowledged it won’t be able to operate before Oct. 1.

Further, Bahamas Paradise acknowledged the Bahamas’ decision, adding: ‘We are prepared to make necessary changes to our sailing schedule, as needed. Until then, we will continue our preparations to return to Grand Bahama Island while keeping a close eye on the overall landscape.’

Minnis said that of the new cases since borders opened, 31 are on Grand Bahama, which had been COVID-free for two months prior. He ordered extra safety measures for Grand Bahama, including a curfew.