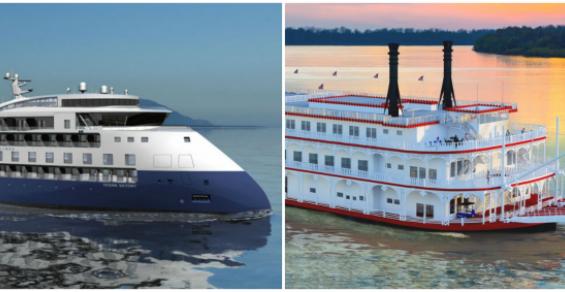 American Queen Steamboat Co. and  Victory Cruise Lines reported a strong response to the release of the 2023 season last week.

This was the earliest the lines have ever opened sales for a season.

January-February sales up 35% from November-December

Additionally, bookings taken during January and February are running more than 35% higher than November and December bookings.

Both lines opened reservations for the 2023 season on Feb. 17, with highlights including Victory’s two expedition vessels, Ocean Victory and Ocean Discoverer, to sail in Alaska for the first time together.

The response to American Queen Steamboat Co. and Victory’s most comprehensive sailing season for its soon-to-be eight-vessel fleet signals pent-up demand for cruising, with February projected to be the strongest booking month for the company in the past year.

For the 2023 season, the company received ‘strong group inquiries from international and domestic markets,’ according to Bob Salmon, SVP sales, who cited a desire from ‘markets near and far, eager to plan multiple holidays years in advance.’

Some of the most popular itineraries booked early for 2023 include the ‘Mighty Mississippi’ sailing from St. Paul to New Orleans on American Queen in September and the always-in-demand Memphis to New Orleans cruise, which also sparked interest for available dates in 2021 and 2022.