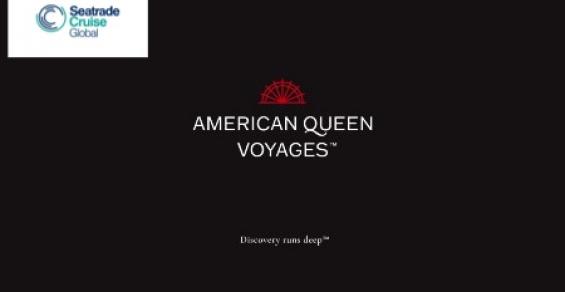 The news was announced Tuesday at Seatrade Cruise Global.

Founded 10 years ago, the company will have eight vessels in 2023.

Victory I and Victory II will be renamed Ocean Voyager and Ocean Navigator, which syncs with the new expedition vessels Ocean Victory (coming in summer 2022) and Ocean Discoverer (summer 2023).

In addition, a new tagline, ‘Discovery Runs Deep,’ invites travelers to throw away the guidebook and go off the beaten path to discover North America’s unscripted experiences.

The tagline will feature in the website, a print and digital campaign, a reimagined loyalty program, on-board enrichment offerings and milestone moments.

‘Through a decade of transformation, American Queen Voyages has surged from the great American rivers to include lakes, ocean and expedition experiences,’ said Shawn Bierdz, president, American Queen Voyages. ‘… As we move into this new chapter and introduce our version of encounter travel, we uphold the originating vision of our company’s founder and chairman, John Waggoner, and his unwavering belief in the renaissance of US river cruising and close-to-home adventures.’

Due to the pandemic, ‘people are taking a second look at what we offer because we are close to home,’ Tarnowski said. ‘You can fly or drive [to join a vessel]. It’s not as complicated [as overseas travel].’

Bierdz extolled the campaign’s bold imagery and ‘very different’ look. It uses the paddlewheel, deconstructed into individual paddles to establish a pattern that represents movement. The creative team at MRM McCann established an algorithm that is informed by measuring the distance traveled and varying nautical speeds on any given vessel. 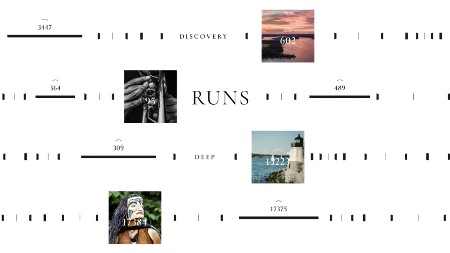 By visualizing the paddles through a generative system informed by the algorithm, an identity was created. This is being used in various branding materials like the website, digital experience, posters, guidebooks and merchandise for staff, travel advisors and passengers.

To introduce the new name and branding and share the breadth of product offerings, Bierdz said he’s excited to bring back road shows in the comig weeks. Using parent company Hornblower Group’s dinner boats in eight cities: Boston, New York, Philadelphia, Washington DC, Chicago, San Francisco, Los Angeles and San Diego. About 100 travel advisors will be hosted at each event for a total of close to 800 retailers.

The company’s rebranding has been teased across social media and the campaign, with consumer and trade elements, encompasses direct mail, digital, print, some radio and perhaps new channels like podcasts.

Bierdz wouldn’t say what American Queen Voyages is spending on its new effort, but noted it’s part of a multipronged investment that includes an expanded salesforce.

During Seatrade Cruise Global, the company is also highlighting its new Florida office which will see a portion of its staff relocating to Fort Lauderale.