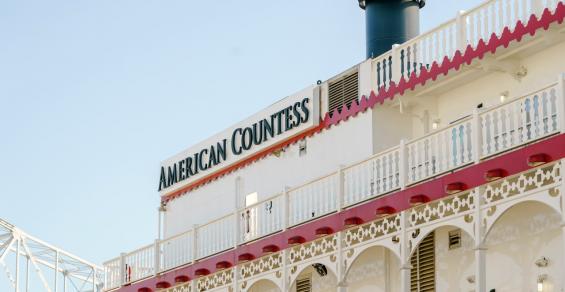 American Queen Steamboat Co. cited 'unprecedented' demand since its cruises resumed in mid-March, adding it's on track for 2021 inventory to sell out.

More than 40 sailings this season are wait-listed, a company spokesman said.

American Duchess and the new American Countess began sailing on the Mississippi River in mid-March. It is hoped that Pacific Northwest cruises on American Empress and Mississippi sailings on the grande dame American Queen can resume in the coming months.

With reduced occupancy on its smaller vessels — apart from the larger American Queen, which has capacity for 436 passengers — AQSC isn’t subject to the US Centers for Disease Control and Prevention’s conditional sailing order, which applies to vessels carrying fewer than 250 people (passengers and crew). So only American Queen awaits the CDC.

According to the spokesman, AQSC’s ‘Come Home to America’ tagline is resonating, and demand is fueled by the popularity of close to home travel. He further cited the assurance of the company’s SafeCruise protocols and added consumer confidence from being the first US-based cruise line to mandate vaccinations for both passengers and crew, on sailings beginning July 1.

‘We are also seeing an influx of 2022 bookings, specifically by guests that are currently sailing and making the reservation before they disembark their in-progress cruise in order to make sure we have space for their 2022 holiday,’ the spokesman said.

He indicated the 2022 Nashville (Clarksville) to St. Louis itinerary is particularly popular among loyalists seeking new rivers and itineraries.