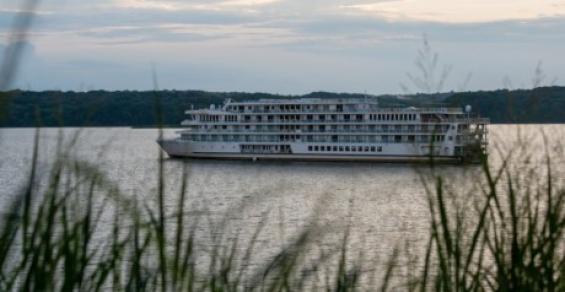 The vessel was immediately able to get underway on its own power, according to the line. American Jazz was undergoing final US Coast Guard inspections Friday evening and once those are completed, it will continue to Nashville, Tennessee, where the next cruise is scheduled to depart July 25.

No damage, pollution or injuries reported

No damage, pollution or injuries were reported. Mechanical systems on board remained fully operational, according to American Cruise Lines.

The US Coast Guard said there were 120 passengers and 49 crew on the boat at the time of the grounding. Tugs were called in to assist and the following day Unified Command disembarked passengers and several crew. They were then transported to Nashville where to participate in planned shore excursions.

For the past week USCG deployed resources to keep the waterway safe and coordinated efforts with the local community and the Coast Guard Auxiliary.