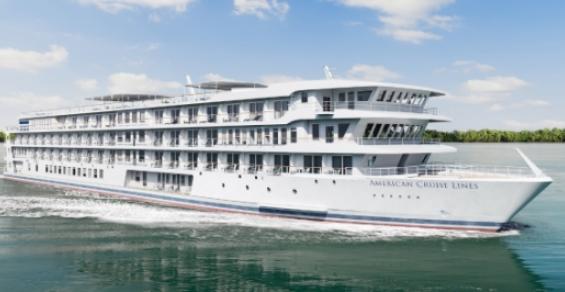 Each year, American donates a portion of its holiday ticket sales to the food bank. Since its inception, American’s annual campaign has raised enough funds to supply more than 150,000 meals to individuals and families struggling with food insecurity.

‘The success of our annual holiday giving campaign, coupled with our new ships and record-breaking awards tally, is a great way to conclude the 2021 domestic cruise season,’ said Alexa Paolella, public relations manager for American. ‘Our accomplishments this year reflect American’s ongoing commitment to supporting the local American communities we explore and our company’s absolute dedication to delivering the finest small ship experiences available in the USA.’

Beginning in March, American resumed cruising along the US East Coast and the Mississippi River, eventually operating all 13 of its small ships in 30 states.

The line will begin its 2022 season in March, debuting a completely redesigned paddlewheel fleet. In addition to its remodeled classic riverboats, American will introduce a fifth modern riverboat, American Symphony, in August followed by a sister vessel, American Serenade.