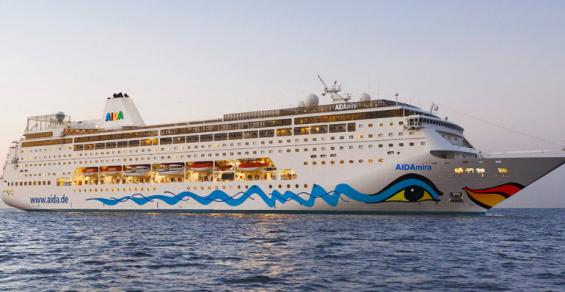 AIDAmira is exiting the AIDA Cruises fleet in March after two years operating under the brand, the AIDA Selection programme will evolve from a ship- to itinerary-specific product and the date of AIDAcosma’s inauguration has been revealed.

Speculation around the imminent sale of AIDAmira began circulating last month but was unconfirmed until today, while the ship’s new owner is yet to be revealed.

The 1999-built AIDAmira first operated as Festival Cruises’ Mistral and joined AIDA‘s fleet in 2019, with its first cruise from Cape Town on December 24 that year.

A limited number of sailings have taken place onboard the vessel over the past two years owing to COVID-19.

AIDAcosma’s inauguration will take place on February 26, it was also revealed today. The LNG-powered vessel was delivered from Meyer Werft in December.

A spokesperson for the cruise line said AIDA’s Selection cruises will be ‘continued, developed and extended’ moving forward to include various ships: AIDAsol will embark on a 117-day AIDA Selection world cruise in October — the first Selection cruise taking place on a Sphinx-class vessel — AIDAbella will sail Norway’s Lofoten Islands under the programme, while AIDAvita and AIDAaura will be integrated with itineraries to Scotland and the Baltic archipelago.

AIDAblu and AIDAluna are also to operate itineraries under the sub-brand, which was originally intended for AIDA’s smaller or older vessels.

The nature of the Selection cruises will remain unchanged, retaining a strong focus on destinations visited, longer and more exclusive shore excursions, specialist guides and renowned onboard lecturers.

AIDAcara, AIDAvita and AIDAaura began sailing Selection cruises in 2017, followed two years later by AIDAmira which was acquired with the specific intention of joining the Selection ships.

AIDAcara’s departure last year and the approaching exit of AIDAmira ushers in a new strategy. Smaller vessels will no longer be a hallmark of the programme which, as a result, becomes available to more passengers.